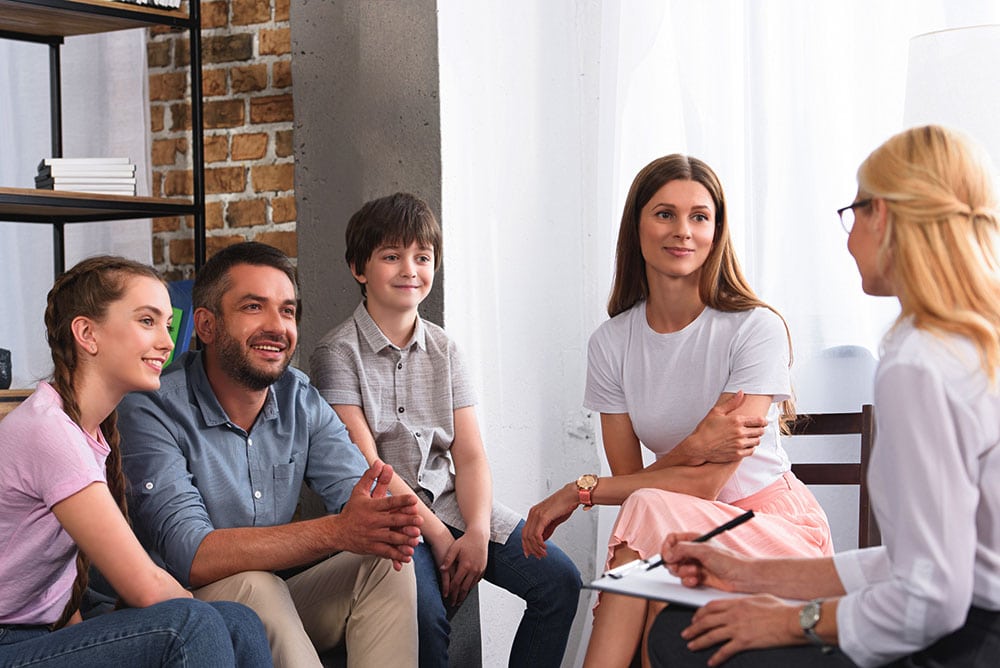 About 60 per cent of Canadian step-families end in failure. But yours can succeed by recognizing these hazards and making some key adjustments to head off some very common problems.

1) Not All Therapists Are Stepfamily Adjustment Trained

The problems are multiple and diverse, according to Relational Cultural Therapist Coni Ulmer. She’s a stepfamily adjustment counselor with are focus exclusively on blended families.

Ulmer knows the field well.  Following her Diploma in Professional Counselling, she delved deep into all the academic literature on step-families she could find.  She’s helped numerous families get back on track. But she’s also a mom in a blended family herself and so knows the challenges first-hand.

Here are the most common issues she sees in her practise again and again (and in life), and what you can do about them:

But outside that bio bubble, step-siblings and the step-parent feel diminished and distanced — seriously detrimental to the togetherness of a blended family.

Step-families don’t necessarily ever blend. If they do, it’s usually after three to five years, learning to mesh, to find their groove, Ulmer says.

Overcoming the challenges slowing that blending can be greatly accelerated with skilled counselling.

Everyone is different; everyone was parented differently. So it’s no surprise that every parent has his or her own style.  After practising that for years on their biological children, parents bring that style to the new family.

But step-families especially need consistency in parenting. It’s a huge issue.  Even when parents agree that consistency is important, the old ingrained ways of discipline and order have a habit of slipping out in the heat of the moment. Therapy and family meetings can help establish ground rules that everyone agrees on and  how to keep them practised.

READ: How To Host A Family Meeting

It’s biology; our kids carry our genes and step-kids don’t. It’s instinctive to treat them differently in obvious or subtle ways.  Kids are sharp; if they perceive they are not treated equally, it’s fertile ground for tensions, jealousies, anger, and withdrawal to take root. Treating all the kids exactly equally is challenging, but recognizing even subtle inconsistencies can go a long way to prevent those seeds of unhappiness from sprouting. When step-kids are saying, ‘It’s not fair!’, it’s worth listening. 4) Step-parents stepping into an authority role too soon.

Most of us learned from an early age that Dad and Mom are in charge.  So it seems natural we should be recognized us as the new Dad or Mom when we step into a relationship with a partner who already has kids. But exercising authority too soon over step-kids can be a recipe for disaster. It’s best to leave the discipline to the biological parent for some time. Even if the biological parent isn’t around at the time of an incident, talk about it with the child and let him or her know that the mis-behaviour will be dealt with later, by the bio-parent. Instead of being a disciplinarian, step-parents can work on becoming a friend and mentor to the step-child, gradually establishing a bonding and trust role. Step by step, that will eventually build the respect required to be accepted as a discipline parent. It may take some time; a child can feel that accepting the  new parent as a real parent is a betrayal of his or her missing biological parent. Reassuring step-kids that you’re not a replacement for their other bio-parent can help.

5) Dealing with lack of discipline and standards at the ex’s house.

Most kids spend some time with their other biological parent.  But an ex who only sees his (or her) biological kids for a couple of days every two weeks wants to be sure they have a great time. (AKA: ‘Disney Dad/Mom’)

There are fun outings (often expensive), trips, gifts, behaviour-rules are relaxed and discipline disappears.  Then, when the kids come back to the routine of the caregiver family, where rules are real and money might be tight, it seems not nearly as much fun.

Kids need to know that your standards always apply at your house, why the standards exist and why that matters. It may be different over there, but your consistency in expecting behaviour standards at your home will eventually bring stability, respect and hopefully appreciation.

And making time for at least a little fun every day makes good times and happiness an expected routine at home too.  The kids may even miss it when they’re away.

READ: 4 Tips For Navigating Divorce With Your Kids

Parents in step-families face two to three times the level of stress of a traditional family.

There are custody arrangements, picking up and dropping off at the ex’s house, changing schedules, working through the legalities of separation, divorce, custody issues, jealousies and more. Plus an angry ex can wreak havoc.  It’s a big load that requires recognition, organization and support. That can come from friends, relatives and family. Don’t be shy to talk to those you trust and ask for help getting some of it done.

Keeping perspective can help.  Too often small issues get bigger than they should. A therapist can help with that, helping you learn to navigate even the tougher troubles yourself.

7) Ghosts of the past invading your present and future.

We are made of memories and so our history and hurts are a part of who we are. So it’s natural to bring those ghosts and fears forward into a new relationship. But bearing that baggage can bring heavy consequences.  Accepting that you played some role in the disintegration of your past relationship is critical. The trick is to then figure out how to keep that from spoiling your new family’s happiness. When that work hasn’t been done, the problem often continues into the new relationship, where the results can be even worse.

The emotional turmoil of a family breaking down can leave its partners with complex post-traumatic stress disorder, a recognized mental health disorder.

Hurt people feel the need to establish emotional boundaries to protect themselves from further hurt.  That prevents a new partner from being allowed to become emotionally close.

PTSD, and old ghosts, are difficult to exorcise alone. Getting therapy to figure it out can help can help them fade, eventually to nothingness.

In conclusion, recognizing and addressing the pitfalls — how they happen, where they come from and what to do — is critical in giving your step-family its best chance.  With knowledge comes power — the power to make the changes that can save your family.